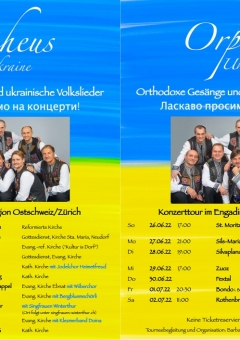 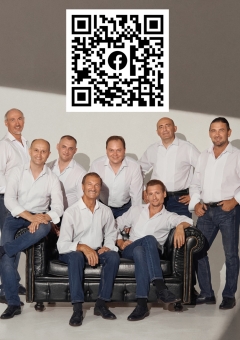 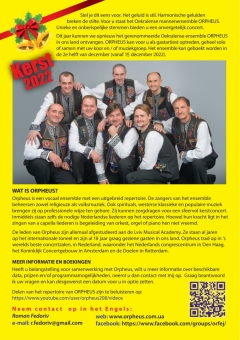 It took quite a long time for these men to create the group known as “Orpheus”. They knew each other for a long time before but they had never thought about working together. All of them graduated from music academies and spent much of the time singing in different choirs all over Ukraine. It seemed that nothing could bring them together. It was extremely difficult decision to quit everything they had and to start building a new life. But now they have no doubt – they’ve made a right choice.

It was the most important step in their career because nobody knew what would wait for them in the future. So, they began to work together in 2000. It was the first time they had to look at each other closer, get to know each other’s secrets and characters. And they succeeded. Songs began to appear, as well as invitations for concerts and festivals all over the world… And no matter in which country they perform at the moment, they always have a part of Ukraine in their hearts. It’s the Ukrainian song that brought them together and it’s the Ukrainian song that excites them to move forward.